With an early pick-up from your hotel in Antalya, we will transfer you to Antalya Airport and have the flight to Cappadocia. Depending on which day you are flying, you might have a flight through Istanbul. We will let you know about this when booking. Our driver will meet you at the airport and drive you to your hotel.

After some refreshment at the hotel,you will start touring in magical Cappadocia. The tour will begin with a panoramic view point in Goreme to give you the information about the geography, formation and history of Cappadocia as well as seeing the most famous valleys in Cappadocia. You will be able to see The Pigeon Valley, Rose and Red Valleys, Goreme and Uchisar Villages from this point.

After driving about 30 minutes, we will visit Kaymakli Underground City which is one of the UNESCO World Heritage Sites in Cappadocia. The most impressive aspect of the Kaymakli Underground City is the organized, structured and very well thought nature of the entire city. It had everything from living quarters, sleeping rooms, stables and communal kitchens to a church and a graveyard as well as being well fortified to protect its inhabitants. After experiencing the life in underground, we will drive you to Pigeon Valley to see Uchisar Castle and the valley from a panoramic point. 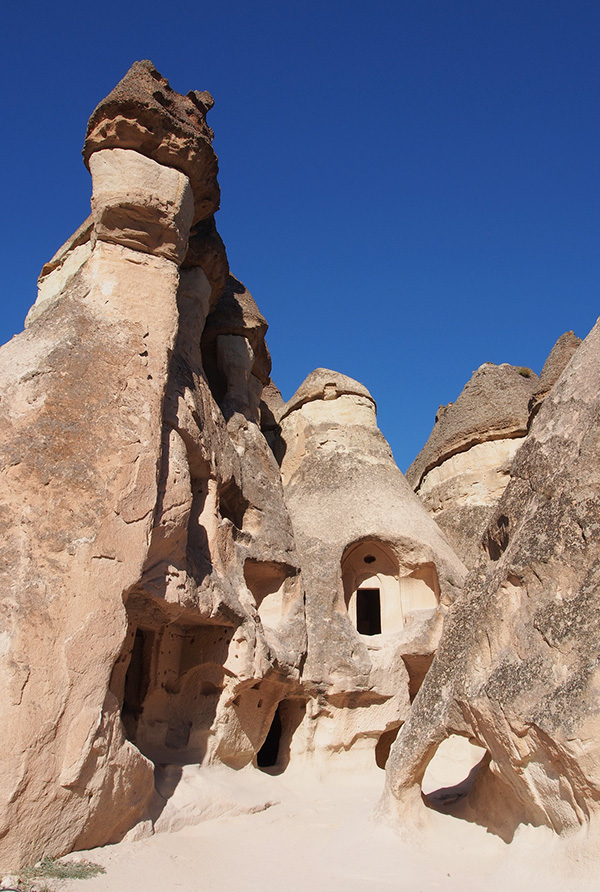 We will have our lunch at a small boutique restaurant in Avanos. We will then see the kick-wheel pottery demonstration in Avanos which is the oldest art in the area inherited from the Hittites from 4000 years ago. You will see the entire process of making a pot and you can also try to make one. We will then visit Pasabag (Monks Valley) which is also known as mushroom-shaped fairy chimneys. The fairy-chimneys in Pasabag are the best-protected ones in the area and it gives the best idea about the formation of a fairy-chimney. Our guide will inform you about the formation of these chimneys with live examples.

Finally, we will visit Devrent Valley in which you will see the camel-shaped fairy chimney and much more different shapes than usual. The tour will end around 17:00 and we will drive you back to your hotel. Overnight accommodation in Goreme.

Our guide and driver will meet you at your hotel at 09:30 and start the hike in Red & Rose Valleys which are the most incredible valleys in Cappadocia. You will be able to see lots of pigeon houses, amazing view of Uchisar Castle and some rock-cut churches over 1000 years old. The hike will take about 1,5 hours and end in Cavusin Village which is an abandoned Greek village with amazing view.

Cavusin village was abandoned because of the falling rocks in 1950s. After seeing the panoramic view of the village, we will drive to Uchisar Castle Viewpoint to see the beautiful view of the castle. We will drive to a local restaurant to have our lunch after this visit. You can get the famous "Pottery Kebab" in this restaurant. 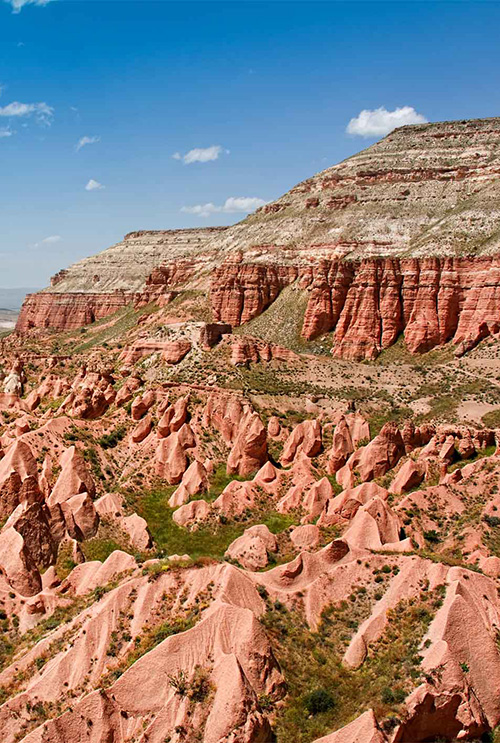 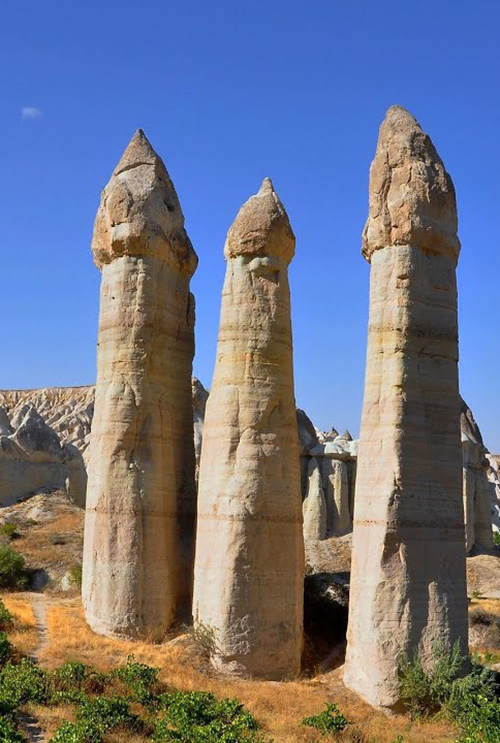 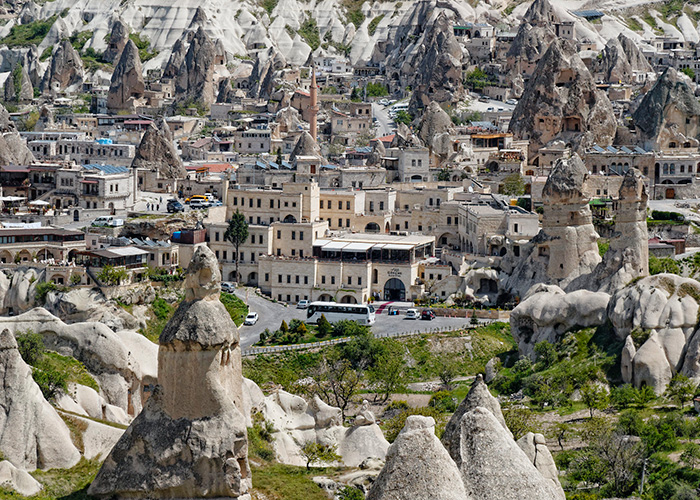 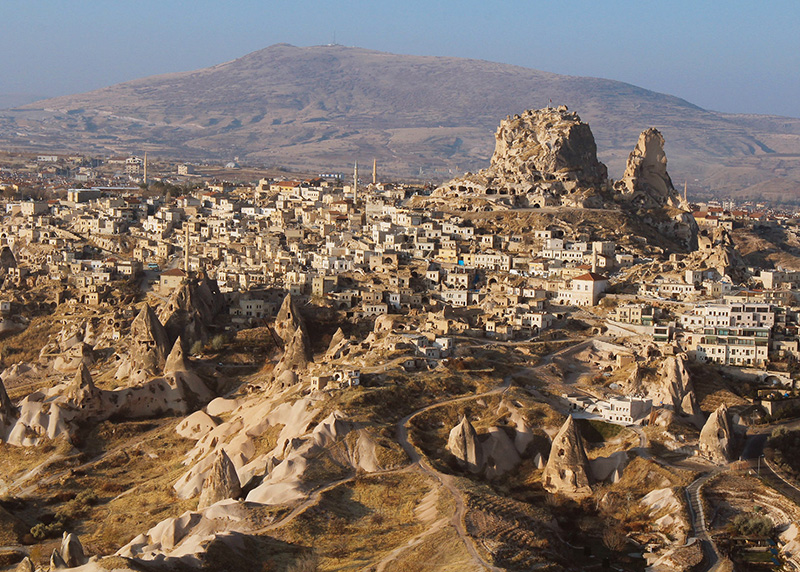 After lunch, we will visit Goreme Open Air Museum which is listed as a UNESCO World Heritage Site since 1985. You will see the best-preserved rock-cut churches in Cappadocia area and learn about the Eastern Orthodox church paintings and details.

We will then drive to Mustafapasa (Sinasos) Village. This village housed both Turkish and Greek people until the population exchange compulsory has been fulfilled in 1924. We will see lots of Old Greek houses, an Ottoman Madrasah and an old church. Then we will stop in Urgup to see beautiful examples of fairy chimneys. The tour will end around 4:00pm and we will drive you back to the airport for the flight back to Antalya or Istanbul depending on your request. After you land at the airport, our driver will meet you there and drive you to your hotel in Antalya or Istanbul.

Type of the Tours: Private Tours

• Flight to Antalya or Istanbul

• Private Transfer back to your hotel