GordionPlaces to Visit in Ankara

Gordion is 70 km southwest of Ankara, in the Central Anatolia region. The site is situated on a mound near the Sakarya river and Yassıhöyük village.

Gordion has a long history of occupation, extending from the Early Bronze Age to the Medieval period. The city is best known for its connection to Phrygia and the Phrygians, an early culture to occupy this area after Hittite society collapsed. 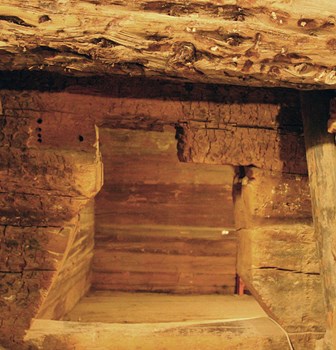 The Phrygian cultural presence continued to be strong until the 4th century BC when Alexander the Great conquered their country when he came to Gordion in 333 BC . The later Historians of Alexander supposedly link this site with King Midas and relate the famous episode of the Gordian Knot that is supposed to have occurred here. The site is directly associated with the story of what happened to Alexander when he came across the famous Gordian Knot, which all ancient historians such as Arrian (Anabasis Alexandri – considered one of the most complete sources on his campaign), Justin’s epitome of Pompeius Trogus and Aelian’s De Natura Animalium.

The Phrygians rebuilt their citadel at a much higher level during the 8th century. This is likely where King Midas, who was active with power over them, lived. It may also have been at this time that they built an extensive fortified Lower Town two kilometers from the main settlement mound and surrounded by fortresses on both sides.

The ancient Phrygian citadel probably remained in operation until the coming of Alexander in 333 BCE. After that time, Gordion was under the domination of Lydia to the west and then subjugated by Cyrus II of Persia during his invasion into Asia Minor. The remains visible today are only a small portion of this massive construction dating back more than 2000 years.

There are roughly 150 burial mounds in the vicinity of Gordion, which date from the 9th century BC to 3rd centuries BC, with most of them no later than 6th century BC. Unlike the stone tumuli at other sites in Anatolia, those found at Gordion were often prominently situated and blended into the stark beauty of their environment. Because of their distinctive size and place on this stark plains landscape, these tumuli come as a welcome sight for travelers.

Many of the tumuli lie 3 meters to 12 meters in height, yet others are considerably larger. The highest is Midas Mound Tumulus which has a present-day height of 53 m. It was built around 740 BCE and is one of the oldest standing wooden structures in the world, as well as being culturally important.

A majority of the tumuli are within 3 kilometers of Main Settlement Mound. They, and many still farther away, can be seen from the administrative center because they wanted to keep visual contact with Phrygian power.

Gordion has been added to the Tentative List of UNESCO World Heritage Sites in 2012.