Beylerbeyi PalacePlaces to Visit in Istanbul

The Beylerbeyi Palace, as well as its location have gone through many phases of renovations and reconstructions since the Byzantine period.

The region was known as "Garden of the Cross" from the Byzantine era to 19th century, with first palatial building constructed under orders from Mahmud II. After fire in 1858, Sultan Abdülaziz demolished it and rebuilt to strengthen structure. With a total area of 3000 square meters between years 1863-1965 palace gained present look and additional buildings. 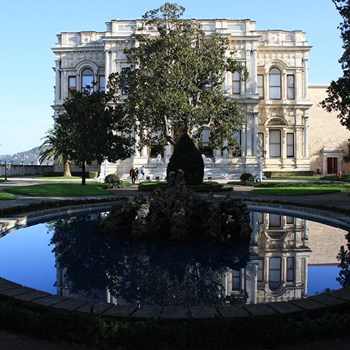 Beylerbeyi Palace, which blends western-influenced exterior structures with classical Ottoman palace features inside, was mainly used as a summer residence and allocated to high-profile visitors during the time of its construction. Among these guests were Austrian Emperor Franz Joseph; France's Emperor Napoleon III' wife Empress Eugénie; German emperor Wilhelm II; and Prince Nikola of Montenegro.