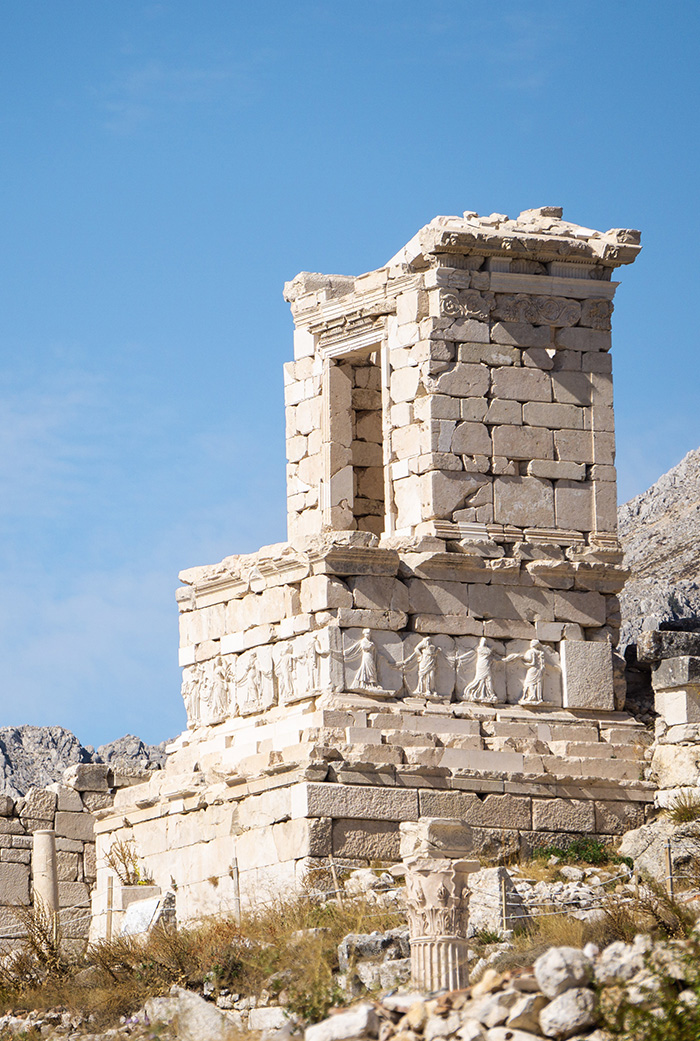 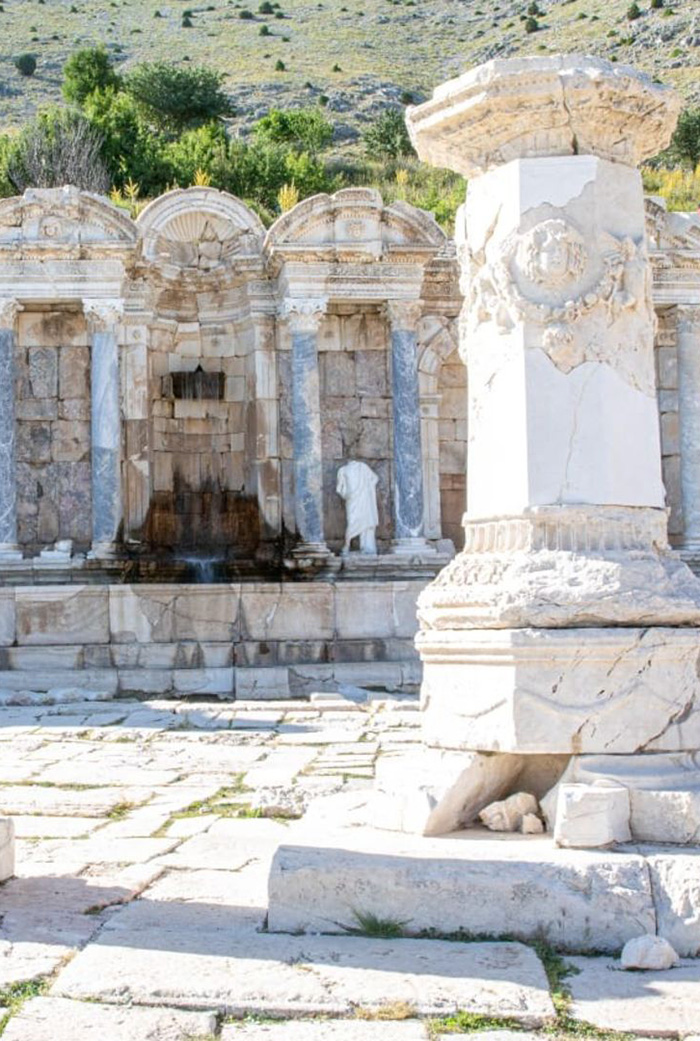 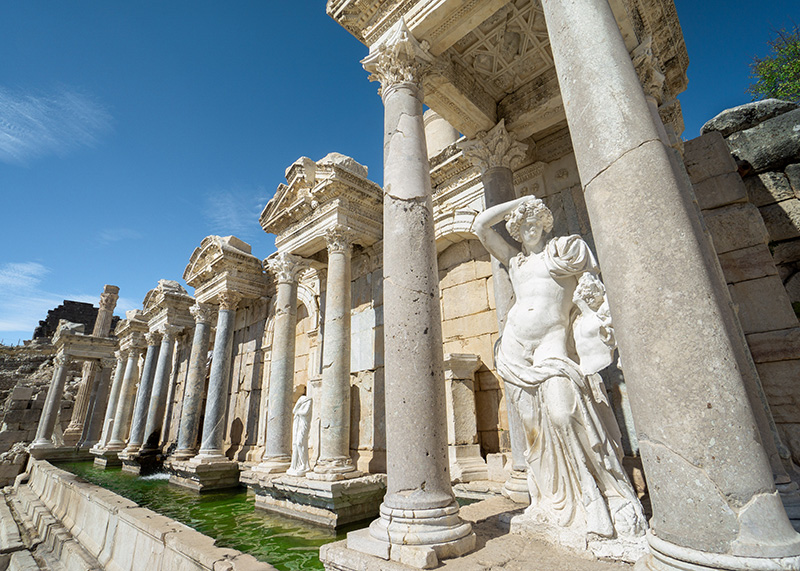 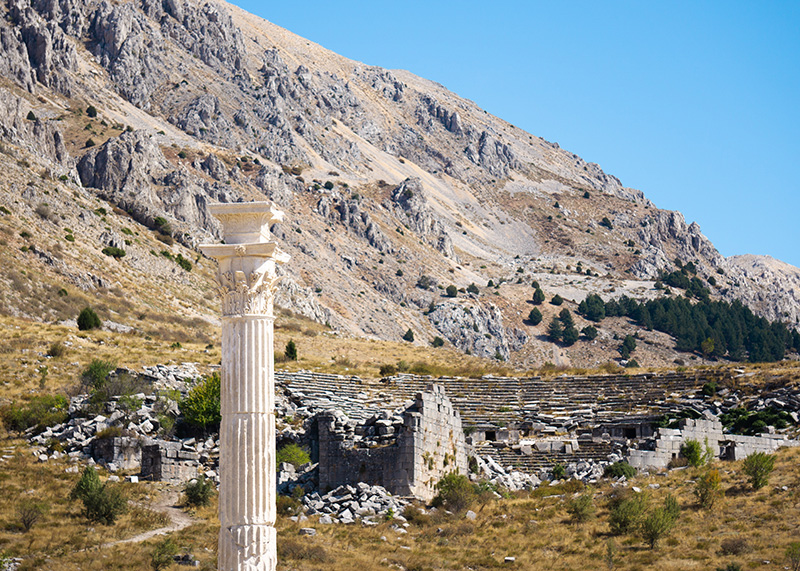 The most amazing found in the ancient city is the fountain of Antonine. The fountain was built between 161-180 AD, a time of Roman prosperity when Emperor Marcus Aurelius ruled. The excavation took place from 1993-1995. Repairs were started in 1998 and completed in 2000. The water is still running from this fountain. There are also well preserved buildings such as the state agora, fountains, theater, baths, heroon and temples that you will visit together with your guide.

The archaeological site of Sagalassos has been included on the UNESCO World Heritage Tentative List in 2009.


After having lunch at a nice restaurant, we will drive to see Ariassos Ancient City and drive back to your hotel around 04:00pm.

The rate for this tour will be 160 Euro per person. Please send us an email to get more information and make your booking. We will reply your request the latest in 24 hours.