Write on a scroll what you see and send it to the seven churches: Ephesus, Smyrna, Pergamum, Thyatira, Sardis, Philadelphia, and Laodicea.” (Rev. 1:11)

Turkey is hosting all seven of the churches mentioned in the opening chapters of the Book of Revelation. The churches of Revelation were located in Asia Minor during the era of the Roman Empire at the time the book was written around 100 A.D. In the opening chapter of Revelation, the author John send his greetings and then describes a vision he had in Patmos. John’s vision began with specific messages to seven different Christian communities in modern Turkey. Some are addressed to the “angel” of the city. It may have symbolized the spirit of the city or refer to a heavenly or earthly messenger.

Paul has sent 7 letters to the people and angels of these 7 churches. The purpose of the letters was to grant hope and assurance to the people who were about to encounter persecutions and austerity.

These 7 churches mentioned in the Book of Revelation are: Ephesus, Smyrna, Pergamum, Thyatira, Sardis, Philadelphia and Laodicea and have a crucial spiritual significance for churches and believers today. It is possible to visit all these 7 churches in one tour. The details of the tour will be as:

Day 1 (Flight from Istanbul to Izmir)

We will pick you up from your hotel in Istanbul and drive you to Istanbul Airport for the flight to Izmir Airport. After your arrival to Izmir Airport, we will meet you in front of the exit gate at the domestic terminal; with a sign bearing your name and transfer you to your hotel in Izmir City. You will have free time in the afternoon depending on your arrival time. Overnight accommodation in Izmir.

The tour will begin with a pick-up from your hotel after your breakfast at around 08:30am. We will start the day with a visit to Smyrna Ancient City which has Hittite remains from about 4000 years ago. Ancient Smyrna is one of the oldest inhabited communities in the world. Polycarp, a bishop from this ancient city from 115-156 AD, was martyred because of his faith to Christianity. John told the Christians in Smyrna not to be afraid to suffer but “…be faithful till death” (Revelation 2:10-11) and he did exactly what John requested.

We then drive to Pergamum and Asclepion Health Centre ruins. Located on top of a hill, Pergamum has served to Christianity a lot and we will see the ruins with the imagination of the past. Walking down from the ancient city, we will visit the Asclepion, which was used as a health centre in old times. The last stop will be the Thyatira ruins which is in a modern city of Akhisar now. Overnight accommodation in Akhisar. 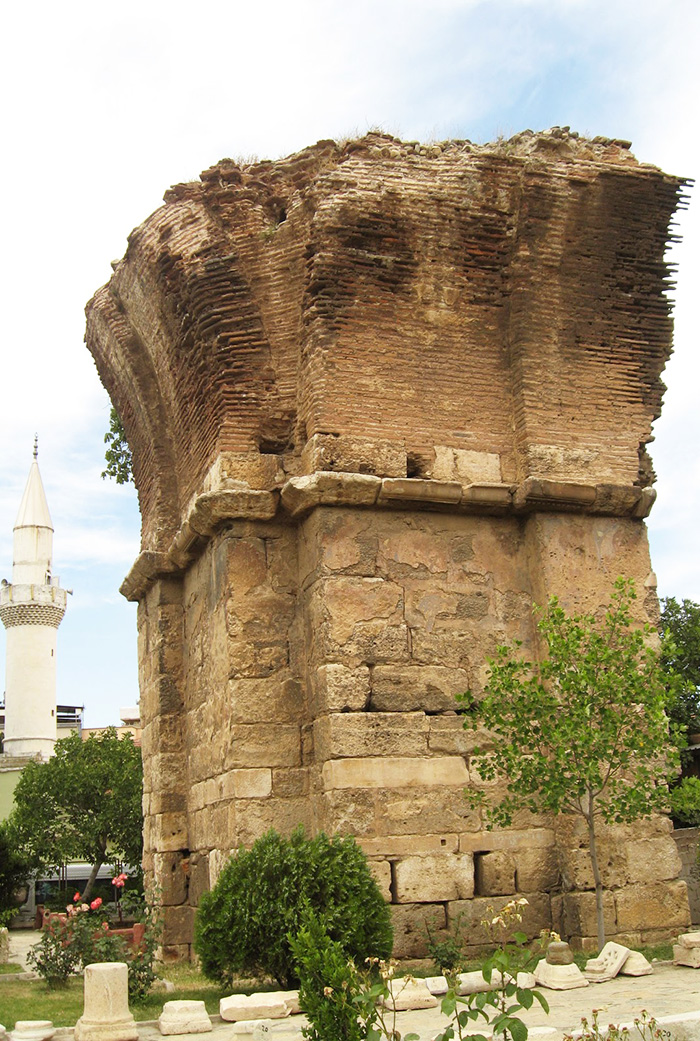 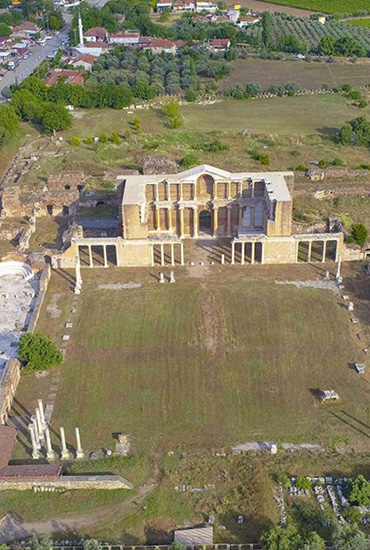 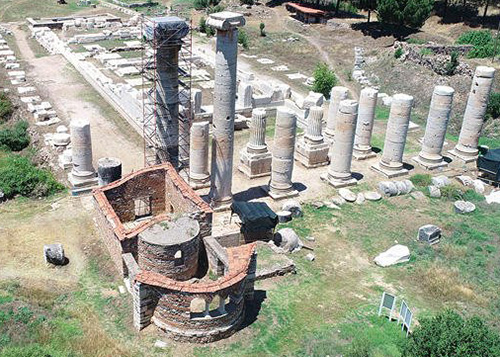 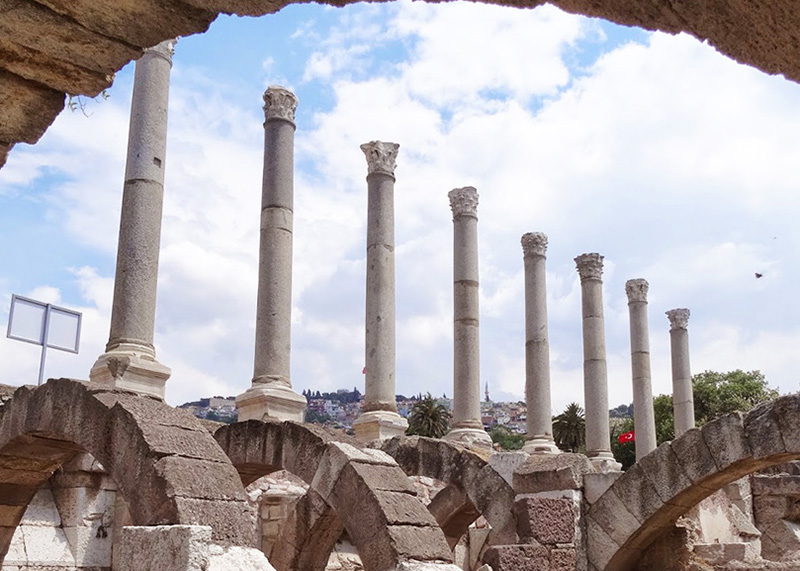 We will start the day quite early around 08:30am and our first stop will be Sardis, an ancient political and cultural center in Anatolia which was the capital of the Lydian Kingdom. The ruins at Sardis are quite impressive such as public toilets, gymnasium and the synagogue and Artemis Temple. Ruins of a small building at the south corner of the synagogue from 4th century AD are believed to be an early Christian church, subject of John’s text on the church at Sardis in Revelation.

Philadelphia, the city of Brotherly Love, is our next stop. The city has some ruins of the city wall and some arches dating from the late Byzantine era.

We will then visit Hierapolis and Laodicea Ancient Cities. Laodicea, which is of great importance to Christianity and a Holy pilgrimage center since the 4th century CE, has been mentioned in the Bible and one of the seven churches of Revelation. Archaeological Site of Laodicea was included on the UNESCO Tentative List in 2013.

Hierapolis Ancient city has thermal springs and travertine terraces which is going to be unique experience to see a UNESCO World Heritage Site. The ancient city contains the biggest necropolis (cemetery) in Anatolia with about 1200 graves. What makes Hierapolis Ancient City different from the others is monumental limestone and marble tombs, sarcophagi and house-type tombs and St. Philip The Evangelist Martyrium. St. Paul mentions Hierapolis along with Laodicea as the center of Epaphras’ ministry. Overnight accommodation in Pamukkale. 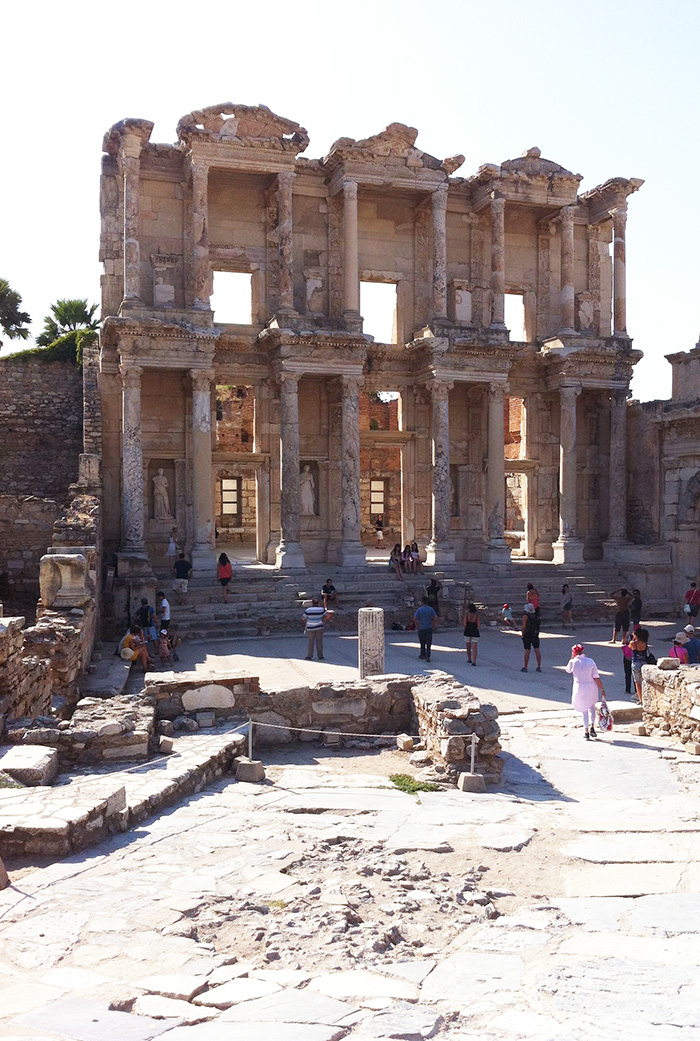 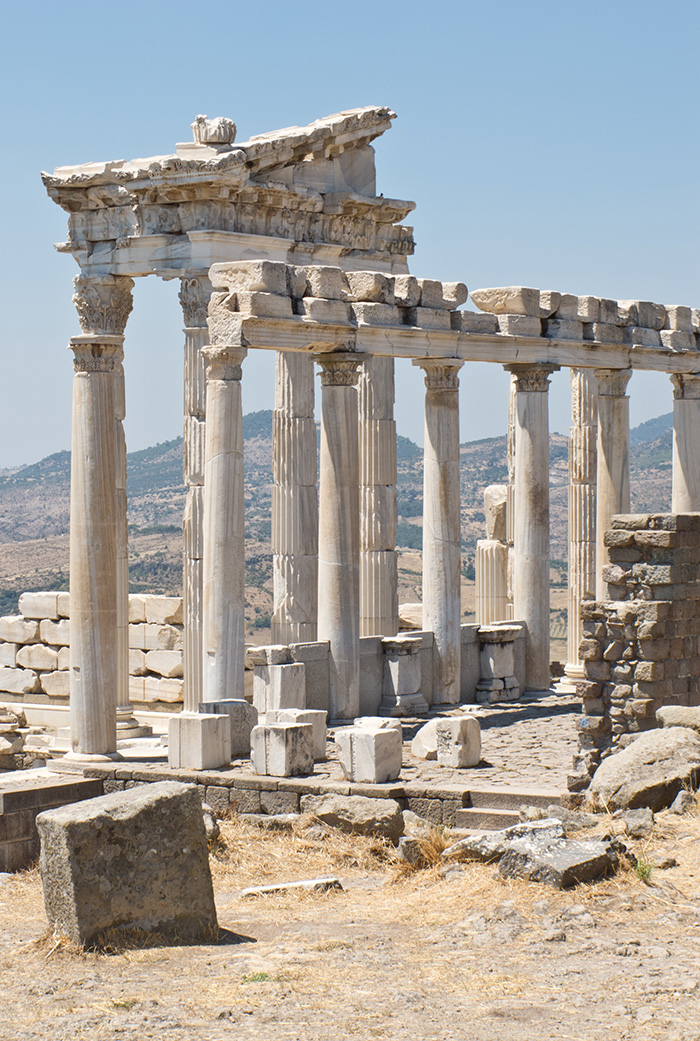 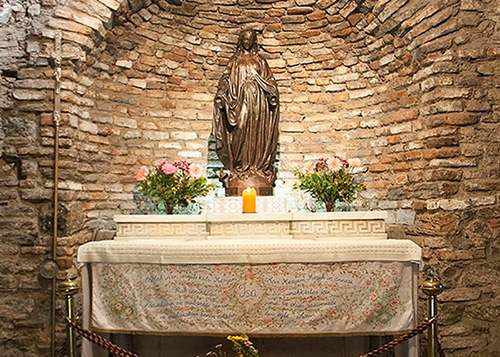 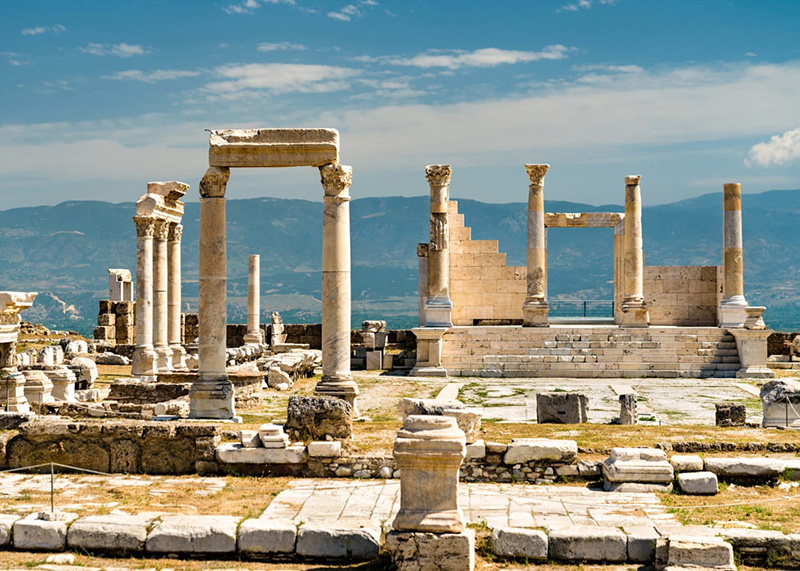 Our last day will start with a drive to Selcuk to visit Ephesus ruins which was one of the greatest cities in the ancient world. Ephesus has been listed as a UNESCO World Heritage Site in 2015. Ephesus has special significance for Christians. From Ephesus Paul preached, Timothy taught, while later, John warned the church at Ephesus “…you have abandoned the love (you had) at first.” (Revelation 2:4).

The tour includes a visit to St. John’s Basilica built by Emperor Justinian in the 6th century. It is believed that the grave of the Apostle John was located under the central dome in the basilica. The tour will end with a visit to House of Virgin Mary which is the place where she lived for a while with St. John. We will then transfer to Izmir Airport and you will have an evening flight to Istanbul.

Akhisar : Palm City Hotel on Half Board basis (breakfast and dinner)

Type of the Tours: Private Tour (1 guide for the entire trip)

• Visit to Smyrna, Pergamon and Thyatira

• Visit to Ephesus, St. John Basilica and House of Mary

Lunches on the tour dates (basically 3 lunches are included)

Visited Sites in the tour