Phrygian ValleysPlaces to Visit in Afyonkarahisar

The political supremacy of an unknown tribe before called the Phrygians began around 750 BCE. The downfall of the Hittites occurred about 1200 years ago, and caused migration from western lands. 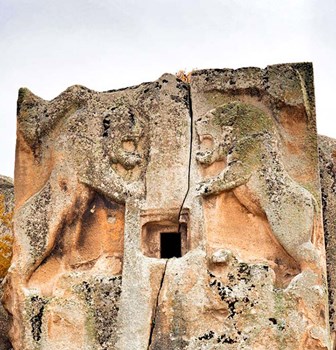 The Phrygian Valley is a region that is unmatched in size and natural beauty. The canal, rock fragments, ancient ruins which bear the traces of the Phrygian Civilization, open-air temples, fairy chimneys and 3 thousand years of history are all set among Turkey's 10 most beautiful valleys. The Phrygians established a long-standing culture in the crossroads of Afyonkarahisar to Eskisehir - Kütahya. A wealth of interesting and valuable artistic creations adorn their works such as temple facades from The Mother Goddess Kybele Cult, cut out of large rock blocks with embossed lion reliefs.