Hattusha played a key role in the civilizations of northern Anatolia and Syria during the 2nd and 1st millennia BC. The Hittite capital contained palaces, temples, trade quarters, and necropolis - all containing unique evidence about this now lost civilization. Hattusha's admirable display of architecture is best exemplified by its walled fortifications - including its Lion Gate and Royal Gate complemented with Yazılıkaya's rupestral ensemble with detailed sculptured friezes.

The remains of ancient Hattusha, the town of Bogazkale and the capital Hittite empire are framed by the sweeping backdrop of high Anatolian plains 200 km to the east of Ankara. The site was partly occupied at the end of the 3rd millennium by a pre-Hittite population which in other regions had also permitted Assyrian traders to settle. 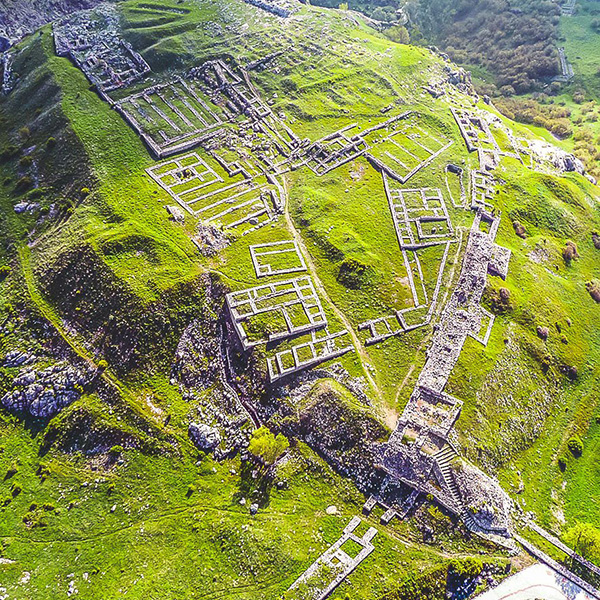 Hattusha was called Hattush by epigraphic documents and has been destroyed around 1720 by a Hittite sovereign. It's vicissitudes were not spared from the 18th to 12th centuries and are borne witness to through its vestiges which have been built up and rupestral ensembles.

Hattusha was discovered in 1834 and not excavated until 1906. When the peace treaty between Hattushili III and Pharaoh Ramses II was found, which is accepted as the oldest peace treaty in the world, archaeologists identified Hattusha as a Hittite city. Joint efforts by German and Turkish archaeologists have made decisive progress of knowledge about the Hittite capital.

In the 13th century, the City of Hattusha was surrounded by a system of double walls. This protected it at the East end with an outpost 1.5 km from The Royal Gate, and north beyond the city's walls is Osmankayası necropolis which holds many rock carved tombs as well has Yazılıkaya rupestral sanctuary which displays Hittite art. 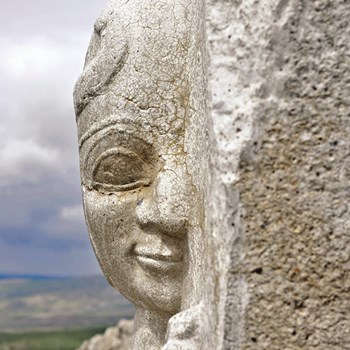 The most impressive remains of the city lie to the south and east. You'll find primitive Hittite fortifications, with underground passageways, and there is a lower town to the northwest not far from the present-day village of Bogazkale.

The most remarkable find was the vast temple, dedicated to the god of storms and goddess of the sun. It's surrounded by an array of buildings including storehouses and thousands of tablets have been found at its base. Slightly north is a pre-Hittite settlement with houses built around a central courtyard, which backs up against the temple complex.

To the south is an upper city, with a complex layout. The most important element of the city is Buyukkale, which sits atop the high peak.

The best preserved parts of the ramparts can be found along the Lion Gates in the west and Royal Gate in the east (the only well-preserved monuments to five original monumental entrances). Exceptional testimony to architecture, construction techniques, religious rites, rituals and mythology. The Hittite Capital city of Hattusha has been added to UNESCO World Heritage List in 1986.