St Paul's well, located in the Kızılmurat quarter of Tarsus' city center and considered to be a place where St. Paul who played an important part in the spread and institutionalization of Christianity was born and lived. He was born approximately 25 years before Jesus Christ and lived there with his Roman aristocrat family with Jewish belief and Roman citizenship.

St. Paul, the great thinker and defender of Christianity, received his primary education in Tarsus as a student of one of the area's philosophy schools. Influenced by Paganism for some time, he was eventually convinced about Jesus’ divinity during his studies in Jerusalem, where he continued to develop his ideas and thoughts. After his teaching of Christianity in Jerusalem had upset some that wanted to kill him, he was then brought to Tarsus where he also taught. As such, it is one of the places from which St Paul set out on his long journey in the cause of Christianity. 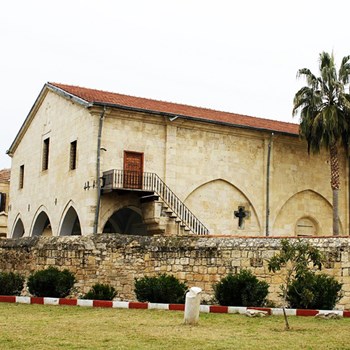 The historic structure, which is described as a "well," is located in the courtyard of what is thought to be the house where Saint Paul lived. The well, which was built about 200 meters northeast of the ancient Street and has been known for many years as St. Paul's well, can be identified by its historic 18 meter depth. This sanctuary, which has been restored and landscaped, is a popular place for all visitors today. Christian devotees visit this holy place as a pilgrimage site that provides healing from drinking well water believed to hold sacred power.

The Church of St. Paul is located in the Ulu Cami quarter, and was originally built by 11-12th century A.D. It underwent major renovation in 1862, after which time it became an important place for pilgrimage to Christians in 1992-1993 and hosted the "Saint Paul Symposium and Ceremony" organized by Vatican. There are frescoes of Christ and the four Evangelists with angels on the roof in the church.

The ancient basalt stone road walked by St. Paul on his journeys and when he lived in Tarsus is still intact today to the south of the "well's courtyard". It is still possible to travel through this old, preserved landmark as if you had stepped back into time.