ZilePlaces to Visit in Tokat

Zile is 62 km away from Tokat's city center. Zile is one of the oldest settlements in Anatolia and has been influenced by Hittite, Phrygian, Persian, Pontus, Roman and Byzantine cultures. The place contains artifacts belonging to Hittites, Seljuks, Phrygians, Persians, Romans, Ilkhanids, Danishmends, Ottomans periods which can be seen even today. 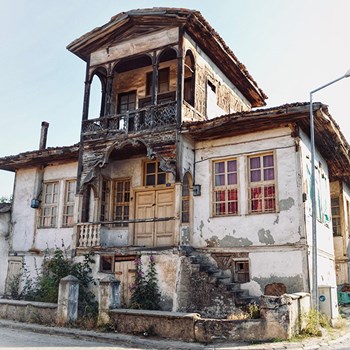 In 49 BC, civil war broke out between Julius Caesar and Pompey. The Romans were distracted by this while Pharnaces II of Pontus decided to seize the opportunity and take revenge for his father. His attack on Zela was halted by Julius Caesar in 47 BC in a bloody battle. After being victorious over Pharnaces's army in five hours-a feat that proved Caesar's dominance, he sent a message to the Roman Senate. "Veni Vidi Vici" is translated as "I came, I saw, I conquered." The words were inscribed on a cylindrical column of marble and placed within the city castle today.

Zile Castle is a Roman castle that was built in ancient times and features an acropolis built on a mound. It is possible to see the castle from anywhere in the town center, as well as other ruins inside the castle.