The monastery is located on the left slope of Çit Creek in Büyükçit Village Valley, Torul District. Sources state that it was founded in 890 and another source 900 by three monks with the name of Mary Theotokos. It was repaired during the Trabzon Komnenos period and in the 19th century. 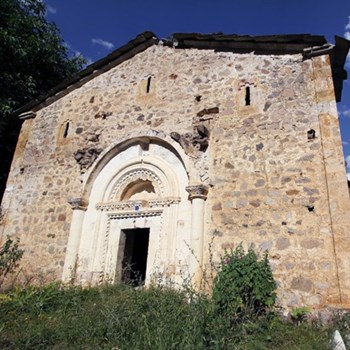 The church is 12.5 X 8.6 meters and has 3 naves with an entrance made of marble in the west corner. The building's upper cover was destroyed as well as its' cradle vault roof, which can be observed due to scaffolding inside the building. There is a chapel on the eastern side of the church near where there is also a cistern just behind it.

The entrance to the church is a rectangular, circular-arched monumental door on the west facade. The outermost columns with caps provide the limits of space around this entrance opening. Capitals, jambs and belts adorn geometric and stylized floral motifs.

The interior of the building consists of three naves divided by four columns. The middle nave is wider than the side apses; the oblong barrel-vaulted chapels in their extended, semi-duplex form are located on both sides next to the centre apse with round arches. The top of the interior dome has an eightfold pendentive with pendants and crenellations.