One of the most ancient cities in history in Cappadocia - and now one of the less-busy areas for tourism - is Tyana. Because it was positioned on a trade route, Tyana acted as a vital meeting place for local citizens across various eras. Nowadays, visitors have little need to worry about crowds since only a few take the time to visit this historical location. The impressive Roman aqueduct built there still stands today and the city is located in the town of Kemerhisar, Nigde.

Tyana first appears as 'Tuwanuwa' on the pages of history in 2000 BCE, in records belonging to an ancient group called the Hittites. They referred to this region as Lower Land and it was inhabited mainly by Luwian speakers. The city is mentioned in a proclamation of Telepinu written circa 1550 BC. 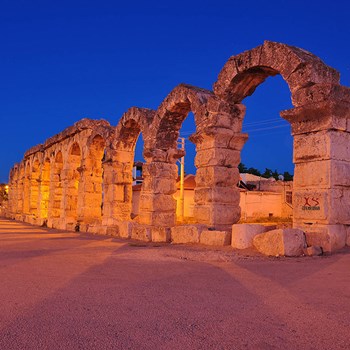 After the collapse of the Hittite Empire, the city started to be known as Tuwana and it became the capital city of one of several independent Neo-Hittite states which existed in this region.

The fertile location of the city and the historical Cilician gates helped develop Tyana quickly. These factors allowed control between Asia Minor and the Middle East, which is why nearby towns were often in competition for dominance over this key passageway through the Taurus Mountains.

The city of Tyana had many names during its history. During the Hellenistic period, it was called Thoana and for a short time Eusebeia at the Taurus in honor of Ariarates IV Eusebes who ruled between 220-163 BCE. Then, finally it started to be called as Tyana.

In the first century A.D., Tyana was a second-largest city of the Roman province of Cappadocia, with the capital in Mazaka, renamed to Caesarea. Tyana had its greatest impact when one its natives became known for his philosophical pursuits and healing abilities. He claimed that he was a son of God, which led many biographers to compare him and his life story to those recorded about Jesus Christ. He is called as Apollonius from Tyana.

Apollonius became famous among Roman leaders because he predicted that Vespasian would become the emperor. Apollonius was remembered as a famous miracle-worker, philosopher, and teacher for which modern historians have compared his lifestyle to that of Jesus Christ in the Gospels. In later centuries as paganism declined within the Roman Empire, pagan apologists upheld Apollonius as a hero.

In 271 AD, Septimia Zenobia's army invaded Asia Minor and reached Ancyra (now Ankara). The Roman army under Emperor Aurelian launched a successful counteroffensive. In this conflict, Tyana sided with Queen Zenobia but managed to escape destruction when the Romans conducted their assault because of an apparent miraculous event. Apollonius of Tyana asked the Emperor to spare the city. A more credible story claims that Aurelian spared Tyana because of the sanctuary of Apollonius constructed in Tyana.

The church in Tyana has an extensive history. The first reported bishop, Eutychus, attended the Nicaean Council (325). The last metropolitan was named in 1359, just before the Ottoman empire overtook the Byzantine empire. Foundations of a Byzantine church have been excavated in Tyana.

The city was destroyed several times during the Arab raids of the 8th and 9th centuries. It was then overtaken by Seljuk Turks, followed by Ottomans in 14th century. 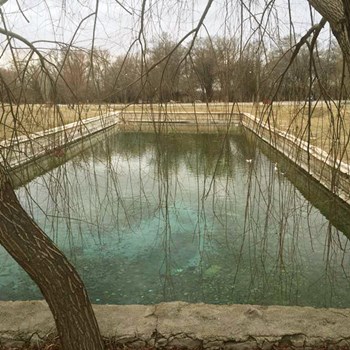 The Roman aqueduct is the most important historical tourist attraction in Tyana. It stretches for nearly 1.5 km, from the town center to the east. In the center of the city, it's highest. Walking away from Kemerhisar towards Tyana's eastern fields, you'll notice that this engineering marvel gets lower and lower until it finally disappears into the ground.

There are a number of points of archaeological interest in the center of Tyana, as evidenced by the discovery near the beginning of an aqueduct. One site is a monumental fountain (a nymphaeum), and another is a church on the plan of basilica. You can walk along an aqueduct at will, but you cannot access excavation sites. There are also remains from Roman baths located in close proximity to local primary school that are inaccessible to visitors.

The fascinating Roman pool was built in Bahçeli town, and it is believed to have been constructed around 200 AD. It’s made of marble and its size is 23m x 66m x 2.5m – which makes it unique among that era's pools in terms of size. The ancient city of Tyana was supplied with water from this natural spring pool by means of aqueducts. Periodic repairs were made and the current structure largely preserves its original feature. This pool once served as water source for the city; now people mostly come here to visit on weekends when the swimming season begins.