Tuzluca is a district of the Iğdır Province in Eastern Anatolia and the northern portion of the district forms part of the international border between Turkey and Armenia. In Turkish, "Tuz" means salt. The name Tuzluca is derived from the salt mines that have existed here since at least medieval times; a salt mine still operates. 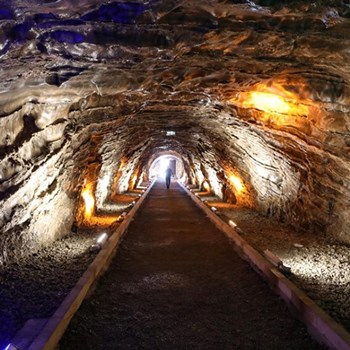 The town was historically part of Armenian kingdoms at different points in time, with social and war-related challenges always present until it became an Ottoman frontier. As a result, Tuzluca is renowned for its salt mines.

After Iran invaded in 1746, the region became part of the Erivan Khanate. After Russia took control through a treaty following the Russo-Persian War, 1826-1828 and Treaty of Turkmenchay, it was made into an Armenian Oblast and then later to Erivan Governorate under Russian rule.

After the Russian Revolution, the town came under administration of the Democratic Republic of Armenia. However, it was ceded to Turkey by the Soviet Union in 1921 in a treaty signed with Turkey.

Tuzluca serves as a highland retreat for asthma patients. Apricots and other fruit and vegetables are grown in Tuzluca district.