The Lycian WayPlaces to Visit in Mugla

The Lycian Way is a 540-kilometer, 29-day foot path around the coast of Lycia in southern Turkey. The trail consists mainly of Roman & Lycian roads, old footpaths and mule trails. In order to identify and protect some of Turkey’s old roads, its first long-distance walking route was made by Kate Clow in 1999. 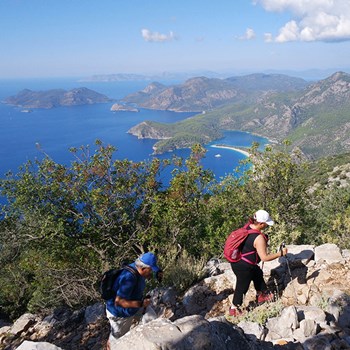 When it comes to walking routes with difficult terrain—in this case steep gradients that are not suited for mountain bike use—walking sticks may be helpful; they can also serve as protection from snakes while hiking through dry bushland or forested areas where snakes might hide during hot summer months.