Tavium Ancient City is located in Büyüknefes Village, 40 kilometers west of Yozgat city center. Tavium Ancient City was the chief city for the Galatian tribe of Trocmi, one of three Celtic tribes which migrated to this region in 3rd century BC. 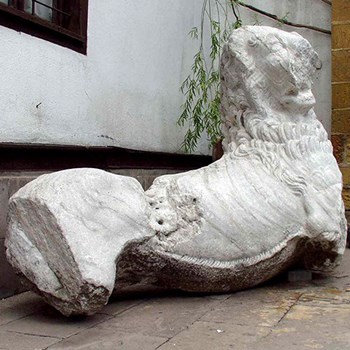 Tavium was an important crossroads on the trade routes and stopover for caravans. It was successively occupied by Hittites, Cimmerians, Persians, Celts, Greeks, Romans and Seljuk Turks among others. In Roman times, it was an important stopping point on the caravan route that linked Europe with Asia Minor.

One of the few things known about Tavium is that there was metalworking, because coins from the early 1st century bearing the likenesses of Marcus Aurelius and Elagabalus have been found. Copper, tin, iron and silver were mined nearby in the mountains; smelting and stamping took place in one or two stone huts.

The city was prospering, and the bronze statue of Zeus was significantly revered by the Galatians. As a result of the studies, many pieces of ceramics, column bases and drums, grave stelses, inscribed tombs from the Byzantine period have been found. Traces of settlement from the Chalcolithic Age to Islam have also been reported.