Seven Churches Monastery or Varagavank Monastery in Armenian is located on the slopes of Mount Erek, about 9 km south-east of Van city center.

The monastery was founded in the early 11th century by Senekerim-Hovhannes Artsruni, the Armenian King of Vaspurakan on a preexisting religious site. Serving as the necropolis of the Artsruni kings in the beginning and then eventually becoming an archbishop of the church, this monastery is thought to have been one of ancient Armenia's biggest monasteries. 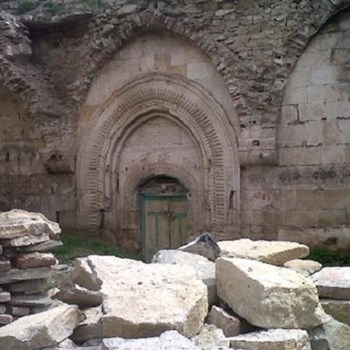 The Church of the Holy Virgin Mary, the main church of the monastery, constructed between 1003-1021, is the core of a second group of structures which have survived. It is rectangular in configuration with an east-west orientation from the outside and has four interior spaces formed by rooms located in corner locations. The inside has semi-circular niches with planar walls and a collapsed dome.