Rize CastlePlaces to Visit in Rize

Rize Castle is a medieval castle, located southwest of the city center on a hill, and visitors can enjoy spectacular views of the city when at the castle. 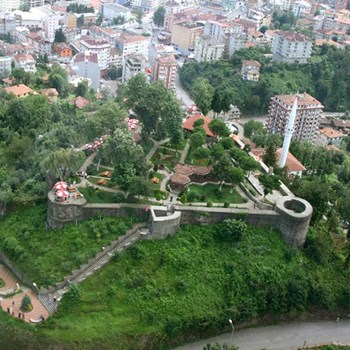 The castle consists of two buildings, separated into a citadel and the lower castle. The citadel is believed to have been constructed during the Byzantine reign of Emperor Justinian I (r. 527-565), while the lower castle dates back to 13th century AD.

The fortification was made up of sections built in ashlar and mortar. The walls could be constructed to be anywhere from 6-20 meters high, with a thickness between 2-3 meters (6.6 feet - 9.8 feet). With the cylinder formed bastions at each corner, there are overhung towers on various forms; square, rectangular or round when looked at from above.

Today, some of the castle walls are buried under reinforced concrete buildings and streets. The southern sections of the city's walls were restored in 1989.