Pileki, made of a special stone, is a kitchen utensil unique to the Black Sea, and is round and in the form of an emptied bowl. This special stone is extracted and processed from Pileki Cave in Iyidere Çiftlikköy, and as a result of this process, which has been done for thousands of years, Pileki Cave was formed. So, the cave is actually a man-made cave. 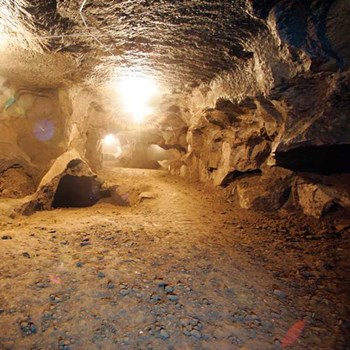 The cave is two large chambers at the entrance and has many tunnels behind, with wells and lakes inside. The completion of its lighting and restoration makes it a tourist destination.

Pileki is first placed on the trivet, and a fire is lit under it and heated. After being heated, it is covered with a large cabbage leaf or banana leaf and placed in the dough of anchovy bread and corn bread. It is taken over the trivet, and the upper part is covered with sheet metal. It is then buried in the hot ash inside the hearth. It is ensured that the material inside is cooked by making a fire on it again. Bread is also baked with wheat flour dough in pileki.