The Orhan Gazi mosque, located in the city center of Adapazarı, is a cut stone building with rectangular plans. 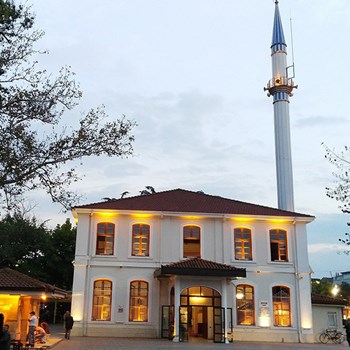 The mosque was renovated by people between 1893/1894 under Adapazarı district governor Mehmet Nüzhet Pasha and displays the date it was rebuilt. But, as it can be seen on the minaret, the original date of the mosque is 1316-1318.

It is understood from the documents in the Ottoman archives that it was dedicated to the preacher of the mosque of Beloyan Village in Sapanca. In 1320s, when the mosque was built, Ada Village had 24 houses—it is thought that its first version resembles Büyükesence Mosque, one of examples of early architecture with a bag technique and cradle roof. When Orhan Mosque started to be renovated, roof style was preserved.