Kazdagi (Mount Ida) is the highest mountain of Biga Peninsula which separates the Aegean and Marmara regions of Turkey. It has rich flora, fauna, historical ruins, and green nature. The mountain is famous for its legend in mythological time. Mount Ida has much of its fame due to the work of Ancient Greek poet Homer. It is frequently mentioned in his epic poem, the Iliad; and serves as the setting for many episodes of Ancient Greek myth.

Kazdagi National Park was designated a national park in 1994, and covers an area of 21.450 hectares. 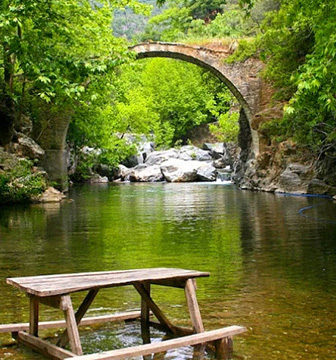 Kazdagi National Park is one of the most important natural sites in Turkey. Kazdagi fir tree is one of the most famous trees in this park due to its longevity and diversity of uses, but it also plays an important role because legend says that the wooden horse from Odysseus's army was made out of Kazdagi fir wood. This has led to the forest being named as Pine Of Troy.

Kazdagi National Park has 900 plant species from 101 families available to examine. Approximately 68 rare plants are found only in Turkey, and 23 of them are indigenous to the park itself. There is also an abundance of wildlife, including bears, wild boars, wolves, roe deers, foxes and badgers.

Kazdagi National Park is a paradise for nature lovers, with its natural resources and different forest zones. Guests can partake in several leisure activities such as trekking in the forest, horse riding and mountain biking while staying at Kazdagi.