Mardin MuseumPlaces to Visit in Mardin

The Mardin Museum is located on the city's ancient square. It consists of two buildings- an administrative unit and the museum building, which was formerly the Assyrian Catholic Patriarchate built in 1895. The building was purchased from Assyrian Catholic Foundation and restored by Ministry of Culture and Tourism. The three-storey, southward U-shaped structure features all characteristics characteristic to traditional Mardin houses. 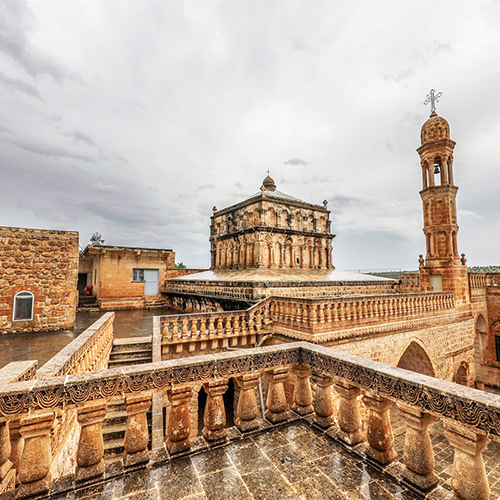 The building was made of limestone. It had many decorative pieces on the inside and outside, including vaults, arches, railings and column heads. The reception hall is located in the ground floor. The conference halls are also found there with exhibition areas and resting chambers as well. There are exhibition rooms on the upper floor as well as a library which houses an ethnography collection while administrative offices occupy topmost level.

The museum contains exhibits belonging to the periods of 4000 BC through the 7th century BC. Works in the archaeological halls include slabs, cylindrical and stamp seals, cult pots, figurines, metal awls, jewelry made of gold and silver items or copper coins; candles and tear bottles dating back to ancient Mesopotamian times as well as artifacts belonging to other civilizations from different historical periods such as Greek, Persian or Hellenistic period.