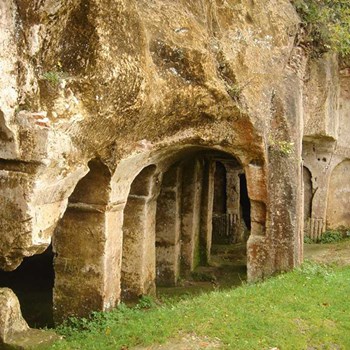 The monastery of St. Nicholas is one of the region’s most splendid and important architectural buildings; it was formed in the IV. century out of a large chunk of rockmass. The monastery was built during a prosperous time, under the sovereignty of Byzantine Emperor Justinian (527-565 AD). It is an excellent example of Byzantine period rock monasteries.

There are many different sections available at the monastery. On the ground floor is a Christian church, and there is also a holy spring in the basement. There are rooms on the top floor that have been lived in by monks for centuries. The monastery was completed with wooden steps in 19th century during one of its restoration projects - this workspace gave it an appearance that could be described as attractive to tourists from all around.