The Kepez Underground City, one of the coolest underground cities in the Cappadocia region, is attracting visitors with its architecture and bicoloured soil structure. It consists of ternate groups of halls in rectangular form, and galleries and tunnels connecting these halls. 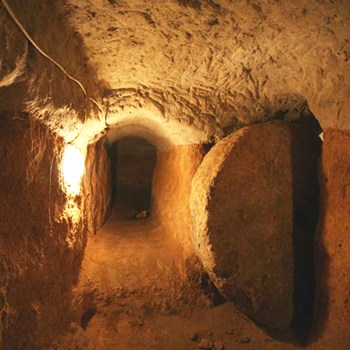 In Roman times, Christianity spread rapidly in the second century and began a major struggle with Christians against priests who worshipped idols. In Cappadocia, many underground cities built by Christians as refuges or places of worship came to the surface because of this situation.

It consists of three groups of living rooms, all rectangular shapes with galleries and tunnels surrounding them.