The Kackar Mountains National Park is situated in the most densely populated forests of Turkey, which means that the meadows are well-watered and the flora is diverse. There are also many unique rivers in the park. 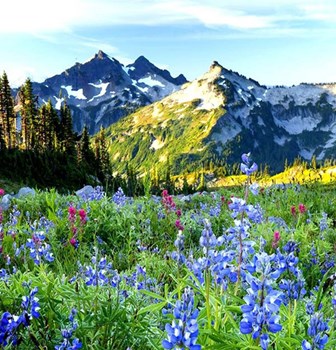 The areas near the slopes of the mountains, at the west and east side are covered with rich flora. Numerous mammals such as jackals, roe deer and wild boars have been spotted inside this national park. In addition to observing mammals , you can also see marten, hare, and other rodents; raptors, songbirds, and an occasional wild rooster in the national park.

The Kackar Mountains National Park is also one of the most biodiverse regions in the world. Huge areas of mature evergreen forest, upland pastures, three glaciers and many glacial lakes can be found here.