Giresun IslandPlaces to Visit in Giresun

Giresun Island is only 4 hectares, and lies 1.2 kilometers from the Turkish city of Giresun on the southeastern coast of the Black Sea. It is the largest island along Turkey's Black Sea coastline.

On the Giresun Island are the ruins of a roofless stone temple, fortifications and ramparts, as well as two wine or oil presses. The roofless temple was in ancient times attributed to the Amazons who held religious rituals there. Archaeological studies suggest it was built during the Classical--Hellenistic era. The term "Amazon" has variously been applied symbolically to represent an independent woman, especially empowered withorexia; or real warrior women represented in Greek art starting from 450 BC. 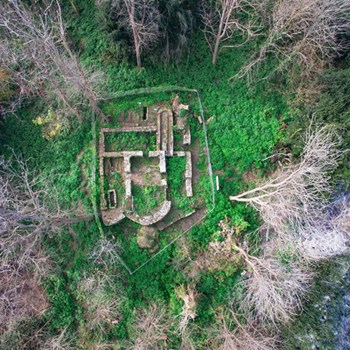 According to Turkish tradition, a stone called "Hamza Taşı" is considered a wishing stone for fertility and health. Archaeology findings suggest that the stone was sacred to a Roman stone cult or Cybele Cult in the past.

The Romans built a settlement on the island in the 1st century AD. The monastery was constructed around 5th to 6th centuries, and in circa 1840 visitors discovered that it had been dedicated to St Phocas of Sinope.

For many years, Giresun Island has been preserved as a Class II historical and natural site by the government of Turkey. Residents are not permitted to live on the island, but it is possible for tourists to visit in small fishing boats or medium-sized cruise boats provided by local tourism agencies.