Bitlis CastlePlaces to Visit in Bitlis

Bitlis Castle, built by Badlis, one of the commanders of Alexander the Great, in Bitlis in 312 BC. The name of the city of Bitlis comes from this commander. 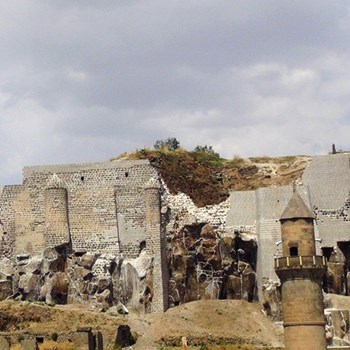 The castle, which is 2800 meters in circumference and 56 meters high, is surrounded by 7-meter-thick fortified walls. It originally housed a castle, 300 households, an inn and a mosque among other things. The only surviving building is the castle itself which has 670 battlements and no defensive ditches surrounding it as it is located at a steep cliff. Restoration work began in 2004 and continues at regular intervals.Bitlis Castle

During the reign of Omar bin al-Khattab, in 641 Iyad bin Gane conquered Bitlis and its castle. During the reign of Melikşah, the city was under Seljuk rule and by 16th century definitely included Ottoman lands. Bitlis, taken by the Russians during World War One for five months in 1916, became Turkish territory again on August 8th 1916 with an order from the 16th Corps Commander Mustafa Kemal.