Ten kilometers north of Malatya is the small settlement once known as Eski (old) Malatya or Battalgazi. It has two important monuments, the Ulu Cami and Silahtar Mustafa Paşa Kervansarayı, but visitors can also spend a few pleasant hours wandering around other Selçuk-style buildings here. 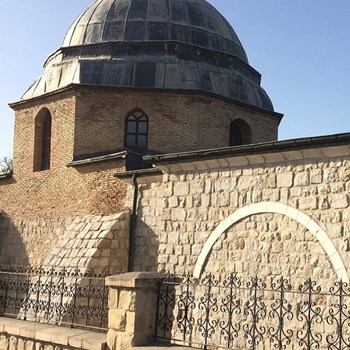 Coming into town you will see a big new statue of Battal Gazi, more commonly known as a folk hero from Turkey. It is unclear when he lived and where he was buried; however, most people believe him to have been alive in the 8th century near Eskişehir.

The Malatya Ulu Mosque (also known as Battalgazi Ulu Mosque) was built by the Anatolian Seljuk Sultan Alaeddin Keykubad I in H.621 (M.1224). After reconstructions over time, some of its original architecture has been changed or eliminated entirely; from 1273-74 a new section was added to the north of the building and it underwent major renovations again more recently, in 1980s.

In the Alacakapı neighborhood of Battalgazi District, Silahtar Mustafa Pasha Caravanserai was built by Murat's gunman, Bosnian Mustafa Pasha in 1637 to be an open courtyard and a closed hall on a rectangular area of 68x76 meters with one room seen on each side of the arched entrance door. This door leads to what is thought to be a masjid, reached by a ladder and can be seen through the walls of the hall. There are 6 rooms lined up with vaults on both sides of the entrance. The pillars stand on plain feet and top off this building with three rows across.