Ayanis Castle, one of the most significant castles of Urartu Kingdom that is located in Van Lake District and spans from 9th century to 6th century BC, lies 35 km north of Van in Ağartı Village. 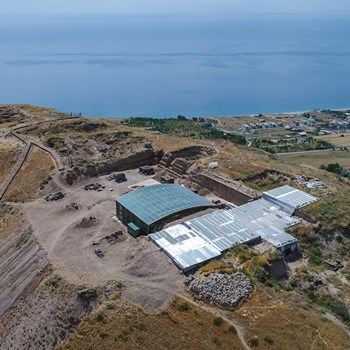 The last great king of the Urartian Kingdom who was the son of Arghishti II built this castle, one out of five castles that were constructed by the same ruler. Both an inscription and dendroanalytic analyses from Ayanis suggest that it was built in 677-673 BC.

The Ayanis Castle is a structure of the Urartian Kingdom with beautiful ornaments, adobe walls, and reliefs. The castle's outer city has been uncovered so far where general people lived. Religious and royal storage structures have also been discovered containing agricultural products for the people in the temple to eat. Ayanis Castle is associated with the temple dedicated to Haldi, the chief god of the Urartian.