Ardahan CastlePlaces to Visit in Ardahan

The Ardahan Castle, which was built in the 16th century by Suleiman the Magnificent, is found within the Halil Efendi District of the city. Research carried out at Ardahan Castle has revealed traces of an ancient settlement belonging to the Early Bronze Age. 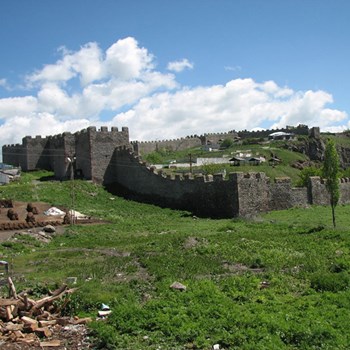 Ardahan Castle was built to have a rectangular shape with many towers. Smooth cut stone and Khorasan mortar were used in the construction of the castle. The masonry technique combined with polygonal shapes, well-positioned form, and a similar style to Rumeli Fortress make it one of its kind castles among many other types across Turkey.

There is an Arabic inscription on the large gate in the west. The inscription reads: "It was built in the name of Sultan Suleiman the Great, the son of Selim Khan, the owner of the seas and lands of the Arab, Greek and Persian countries. Let his property remain until the end of the day".