The Ancient City of Doliche or DulukPlaces to Visit in Gaziantep

The Ancient City of Doliche or Duluk

The ancient city of Doliche or Duluk is one of the oldest cities in the world with its history dating back to 6000 B.C.

Flintstone tools that were made in workshops found in southern terraces of the ancient city used during the Lower Palaeolithic Period have been referred to as "dülükien" by archeologists. Based on these remnants, it is asserted that Dülük is one of the oldest settlements in the world dating back 6000 B.C. 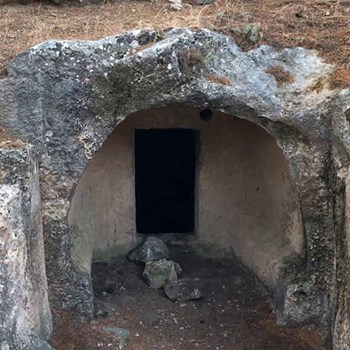 It is the religious center of three related but different beliefs: Dülük (Hittite Empire Period), Teshup (Hellenistic Period) and Jupiter Dolikhenos (Roman Period). Doliche is the remains of an ancient Roman city that had been initiated as a sacred site for Jupiter Dolikhenos.

Furthermore, Mithraism's belief was also seen in Dülük. The most significant two Mithraic Temples built underground were found there. The rituals that included sacrificial a bull as the largest of nature's animals and drinking its blood to be granted power by god were all performed in these underground temples. There lies an embossment from a niche depicting the scene of sacrificial of a bull called Tauroktoni on one side that is positioned at the mihrab section on one underground temple having two rooms both with importance in the main Mithraeum present at Doliche.

The Mithras religion is especially mysterious, having been formed around concepts that are revealed only to those members who adhered most closely to the beliefs. Since no primary texts exist and membership was largely selective, there's little written evidence telling of what their beliefs were like at any depth.