Alisar HoyukPlaces to Visit in Yozgat

Alisar Hoyuk or Alisar Mound is located about 2.5 kilometers north of the Alisar Village; south of the Sorgun District; southeast of the Yozgat Province. 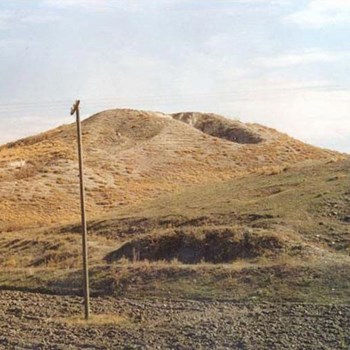 The mound is situated on a large, flat plain that has been irrigated by the Konak Suyu in ancient times. It is speculated that the Konak Suyu used to flow near Alisar, which used to be one of the biggest settlements in Central Anatolia. The main settlement of Alisar has an area measuring 520x350m and stands at 30 meters tall from its base up to an altitude of 245x145m.

The Oriental Institute of the University of Chicago has been receiving heavy criticism for a lack of findings in Alisar Mound. The excavation team became the center of this criticism after six seasons between 1927-32, due to an absence of any extraordinary finds despite the archaeological partnership with E.F. Schmidt and many others during this time period. Although excavation was carefully and systematically conducted, the layers were mixed at Alisar. It is clearly a "multi-core" mound--probably because of a great deal of early settlement displacement as well as size.

The first cultural layer of the Late Chalcolithic/Early Bronze Age is followed by the third layer which is dated to Early Bronze Age Phase III. The second millennium BC settlement was excavated from 1993 to 1995. Recent excavation revealed lower layers that would expand our knowledge and understanding of this region, as well as placing it in a key position for archaeology in Turkey. It takes place in the registered archaeological sites list prepared by Ministry of Culture and Tourism