AkcakocaPlaces to Visit in Duzce

Akçakoca is a town and district of Düzce Province, located in the Black Sea region of Turkey situated about 200 km east of Istanbul. The name Akçakoca comes from the first Turkish chieftain who captured the town for the Ottoman Empire; there is a statue to him which stands in his honor. 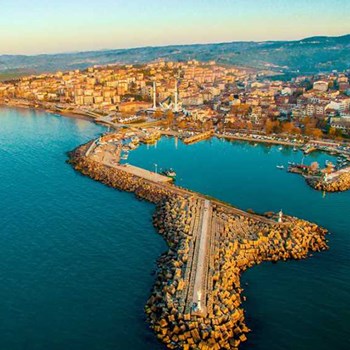 Akçakoca has beaches as well as an unusual mosque that offers tourists plenty to keep them occupied in their free time. As the regional center for hazelnut cultivation, visitors can indulge themselves with fresh nuts while exploring this little-known destination on Turkey's shoreline.

Akçakoca, at the western end of the Black Sea Region, is the closest window of Central Anatolia to the sea, and is a charming holiday resort where green and blue mingle between two metropolises such as Istanbul and Ankara. Located 37 kilometers from Düzce, the region is also the largest district of Düzce.