The Abant Lake Natural ParkPlaces to Visit in Bolu

The Abant Lake Natural Park is located in Bolu Province, about 65 km far from the city center. It takes two hours to get there by car from Bolu center and it can be reached through one of the most beautiful roads in Turkey that passes through villages, lakes, orchards and hills.

The Abant Lake, a tectonic structure, shelters the plants in itself and has an open-air recreation potentiality. As a result of these characteristics, 1150 hectares of it had been designated Natural Park status in 1988. 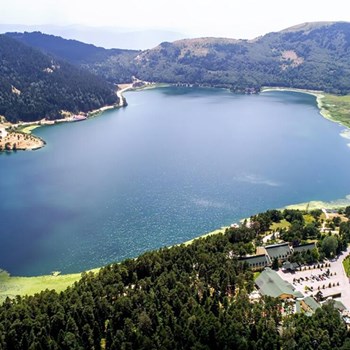 The key animal species in the park are: pig, deer, roe deer, bear, fox, jackal, rabbit and some birds of prey. The endemic species Abantalası at the lake forms the fauna.