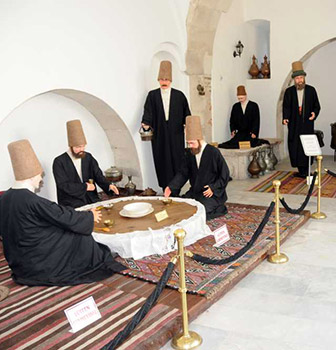 The Sultan Divani Mevlevi Lodge has long been the center of activities related to Mawlawiyya, with its cells where the dervishes used to seclude themselves for 1001 days and tombs that one must visit on a tour.

Sultan Divani Mevlevihane is significant for its continuous practice of the Ashura tradition, which consists of 40 recitations of the Qur'an (hatim). Every year, on the 10th day of Muharram, Ashura ceremonies are performed. These activities take place in 40 cauldrons and contain the recitations from the Qur’an. Once finished with the ritual they will distribute to people dessert of fasting which is made for this event during that day.