Mor Petrus and Mor Paulus ChurchPlaces to Visit in Adiyaman

The ancient Mor Petrus and Mor Paulus Church is located in the Mara neighbourhood of Adıyaman's city centre. The church, estimated to have been built in the 4th or 5th century, was restored several times according to Syriac inscriptions on both its doorways. 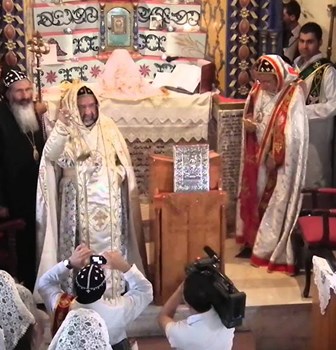 Mor Petrus and Mor Paulus Church is near to the foundation of the Virgin Mary church which was established as the first metropolitanate in 1701. This served Syriacs living near Adiyaman from its founding. The first Metropolitan appointed in this area was Mor Abhay Eyup whose tomb still stands in the churchyard today.

The last metropolitan of this station was Mor Kurillos Mansur Bishop Hallo of Mardin whose tomb still stands the altar section of the church. Syriacs, have established countless churches and monasteries for many towns including Gerger and Samsat. These became places of worship and training centers, which produced important scientific and spiritual personalities, such as Lukyanus from Samsat. This traditional church is the work of Syriac stone masons brought from Urfa in the 19th century as its' last shape.