The Magarsus Ancient City is located in the Dört Direkli locality, about four kilometers west of Karataş district and 49 kilometers from Adana. Established as Mallos at least since the 5th century BCE and mentioned in inscriptions, coins and other official documents belonging to Hellenistic, Roman and Byzantine periods throughout history. 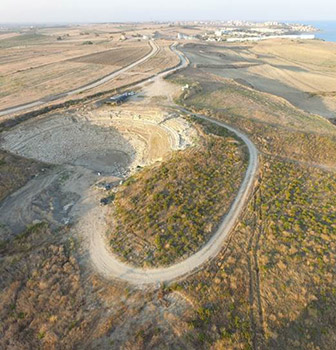 A notable feature in the city is Magarsus temples, religious centers of Mallos, one of the most important cities in Ancient Cilicia. It is especially famous for being a site where Alexander the Great prayed. The city of Magarsus is a beautiful place that retains (still/intact) many structures dating back to the Ancient Era, such as its city walls and castle, which can still be seen today.

Permanent residents in this region include Greeks from ancient times up until now; Byzantine Ottomans who came long after their conquest of Anatolia. The city has been inhabited continuously for centuries and its ancient ruins are worth seeing.