Girls’ High School was built as a Military High School by Adana Governor Abidin Pasha in 1881-1883 during the reign of Sultan Abdülhamit II. It was originally named after his name but it changed to Mekteb‐i Sultani in 1908 and then became known as Adana Girls' High school.

The former Military High School, which was built during the reign of Abdülhamit II and became a Girls' High School for many years, will be converted into a Culture and Art Center. 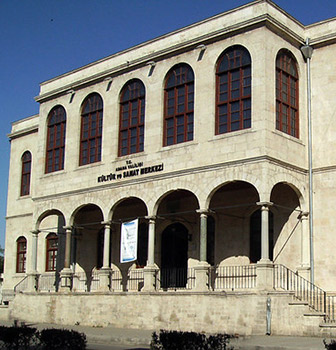 Historically, the Ottoman military system changed with the abolition of Janissaries during the reign of Mahmut II and continued with augmented military schools under AbdulhamidII. He in particular envisioned a school that would help transform adolescents into future soldiers by giving them an education for 3 years or more.One such school was built on the bank of Seyhan River using stonework.

This historical building, which served as Military High School from 1883 to 1932 and then a girls-only high school until 1998, became the "Culture and Art Museum" now.