Gerger Castle is a castle located in the Oymaklı village of Adiyaman’s Gerger District. The current building was founded by Arsemes around 3rd century BCE on the west bank of Euphrates River. 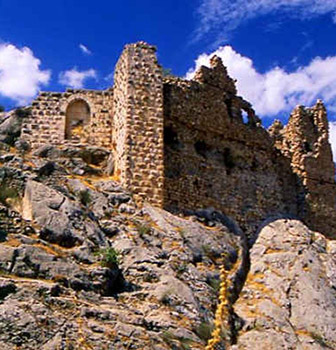 The castle is one of the structures that form the border of Commagene and also act as a lookout for locals crossing over the Euphrates. Gerger Castle is situated on steep rocks and consists of a Lower Castle and Upper Castle. It was the kingdom's first administrative centre, as well as being its sacred temple.

Gerger castle is built on a steep rock and was surrounded by solid walls. On the back of the monument there is a relief with writing from King Samos (140-100 BCE) who was the father of the King of Commagene Mithridates Callinicus and founder of Somosata which was also known as Samsat.