The Ferhat water channel was originally built in ancient times, and is most likely Hellenistic or early-Roman. 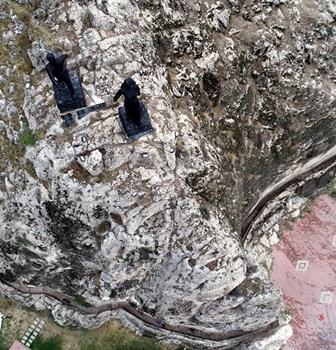 Located just outside of the city of Amasya, it flows from the hills to supply water for the city's inhabits. The tunnel is approximately two kilometers long and runs alongside a nearby highway. This water channel was built in regards to the principles of hydraulics, sometimes through tunnels and other times through aqueducts based on the terrain.

It has been associated with legendary love story Ferhat-Şirin among common folk which is why it is known as "Ferhat Water Conduit". Visitors can see about two kilometers section of its length by following highway D100 through Sabuncuoglu District.