The Amorium ancient city is first mentioned as early as 2,000 years ago. Over the centuries, it has been inhabited on-and-off by Phrygian, Romans, Byzantines, Seljuks and Ottomans. The classical city is split between an upper and lower section; 70 kilometers north of Afyonkarahisar with a 13 kilometer east from now defunct Emirdağ District. During the Classical and Hellenistic periods, the ancient city of Amorium (in Central Anatolia) played an important role in history. In addition to being one of the first cities to be permitted to issue its own money - a sign that it occupied importance position in Eastern Phrygia during early 1st century BCE - Amorium was also an important commercial hub which attracted many people with regular festivals and fairs throughout Late Antiquity. 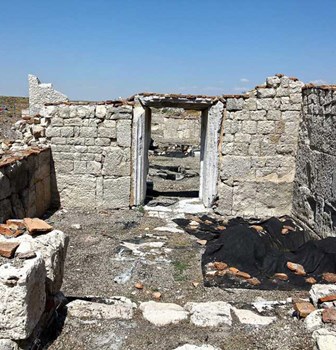 Many fascinating historical figures are connected with the Amorium Ancient City. Writers like Aesop were thought to have lived there as well due to ancient written records.

The great Companion Salman of Persia, who was an important figure in the religious history of Islam, traveled to Amorium for his search for religious truths. He had lived next to the town since he was 7 years old and studied with a group of Christians here until the age of 45 when he moved to Medina to meet Mohammed. After embracing Islam, he even earned the title "He is a member of my family" by Muhammad for his valuable services to Islam and humanity. It is known that Battal Gazi, who contributed greatly to the Islamization of Anatolia, was martyred in a war near Afyonkarahisar while probably at the siege of Amorium. Battal Gazi's final resting place is the Seyitgazi Tomb (Seyitgazi türbesi), which is about 100 km away from Amorium.