Akdegirmen Places to Visit in Adana

The Akdeğirmen, located on the Ceyhan River in Kızıltahta village of Cukurova plain and within the borders of Karataş district, has not been clearly explained as historical building until now. The mill is constructed as an addition onto bridge piers entering the river's waters; it's said to have a historical story dating back to the time when Roman rulers existed. 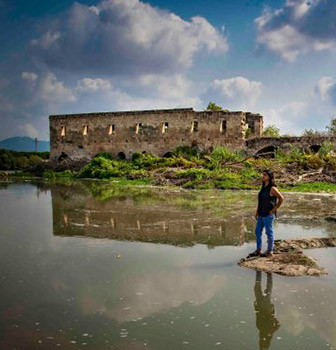 Akdegirmen Bridge is quite old and it dates back to 3rd century AD and it has been built by Romans . The structure was built with rocks and concrete which is very stable in water. It was used until 1960s , but unfortunately it was abandoned afterwards.

After restoration works, this historical bridge will be an attraction point for tourism activities in Ceyhan.