Aigeai Ancient City is a historically significant site located in the town center of Yumurtalık, Turkey. The city was named Aigeai during Hellenistic Period and Aegeae during Roman period but it has been referred to by many names throughout its history; Ajazzo from the Middle Ages onwards, Ayas being one such name given later on in time. 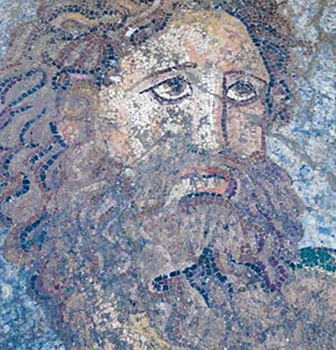 This ancient port city dates back as early as 2nd century BCE according to coins found that bore an imprint with this date inscribed upon them- making it a truly fascinating place for archeologists today who are able to glean valuable information about life back then through their findings. The ancient city of Aigeai was described in detail by three prominent Roman writers, Pausanias, Tacitus and Strabon.

One notable site is the Asclepion, a temple dedicated to healing and wellness which has been visited for centuries by locals seeking relief from ailments such as headaches or arthritis. In the summer of 215 AD, Emperor Caracalla made his way through this historic town and left with nothing but good memories after experiencing what it had to offer at its famous health center - Asclepion.